I realized I haven't posted in a while and I have some new editing software that I wanted to test out, so I made a video. 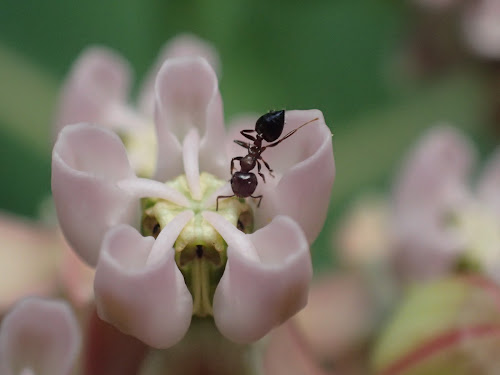 Asclepias sullivantii or Prairie Milkweed or Sullivan's Milkweed as it's known. This species is so timid compared to Common Milkweed, A. syriaca.
Common Milkweed form a lead tap root that every few inches sends out diagonally upward pointing roots that upon reaching the surface produces a new stem away from the main stem. This process repeats though for every new stem produced and the starting stem keeps on making them every few inches. So you can have a 6' deep root with dozens of these upward stems going back to the surface in all directions. And, especially in full sun settings, this can create a patch of Common Milkweed that's really not appropriate for most garden settings.

Sullivan's Milkweed doesn't do that. So you get a plant that looks fairly similar but isn't anywhere near as aggressive in a garden setting. My one complaint with it might be that it's too slow growing. Last year I only got one flower, one single flower, on the whole plant all because Monarchs had laid eggs on it and it the caterpillars ate them. 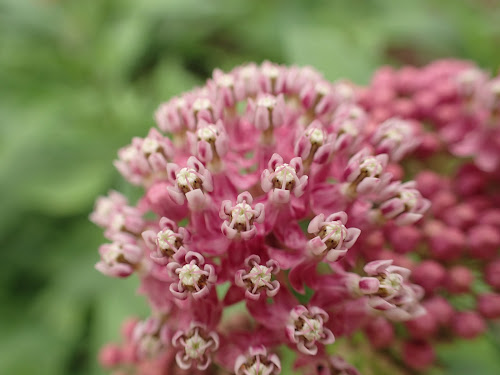 Asclepias incarnata, Swamp Milkweed, aka Fragrant Milkweed. Really most Milkweeds are fragrant but only at certain times of the day. This one though, right when the afternoon shade hits it, it smells like warm cupcakes right out of the oven, covered in honey. It's great. It's commonly sold at nurseries and has a number of cultivars. Sadly it's a short lived perennial lasting about 5 years, but it's pretty easy to grow from seed outdoors. 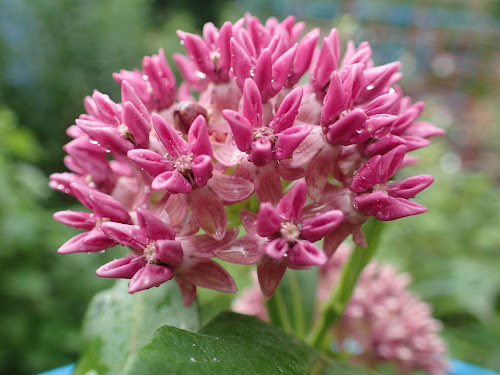 Asclepias purpurascens, Purple Milkweed. This species is not for everyone but by all means if you know a grower and have other species to fall back on give it a try. Basically this species likes some drainage in the soil, hates having its roots exposed, and might just randomly die if it's put in the wrong place. They're a little finicky. I've planted this all over my yard and most of them don't last long, but a few hold outs tell me the plant likely doesn't have a tap root. I don't think they're as drought tolerant as other milkweeds either. But the flowers are some of the prettiest in the genus. 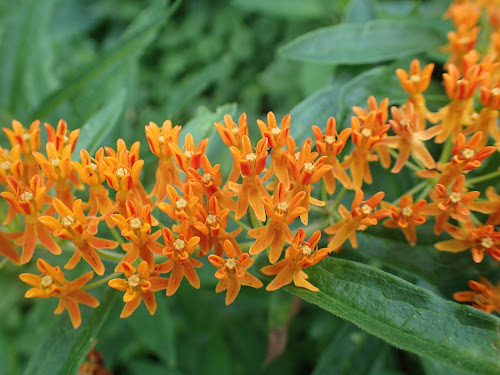 Asclepias tuberosa, Butterfly Weed. This is the most garden friendly of the bunch. It's one of the first native plants to really show the industry what native plants can do. There was a drought in the midwest and people noticed their gardens looked pretty dead but then looked out in the fields and roadside ditches and saw this plant still green and covered in bright orange flowers. While it's true this and many native plants are drought tolerant they also benefit from some watering in a garden setting. 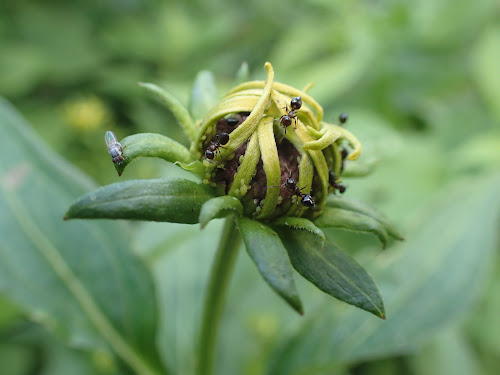 Also featured in this episode was Rudbekia hirta, the Black-eyed Susan. It's not flowering yet but I see them covered in aphids right near the flowers. This has never hurt their population and in fact they seem to be doing better than a hybrid I bought that didn't get any aphids. That's not to say aphids are beneficial, though having ants crawling all over the plant might have stopped some of the damage insect herbivores were causing, but more likely the hybrid cultivar was just selected for it's beauty and not its resistance to any of its natural pests.
Posted by MrILoveTheAnts at 12:36 AM
Email ThisBlogThis!Share to TwitterShare to FacebookShare to Pinterest
Labels: Aphids
Newer Post Older Post Home