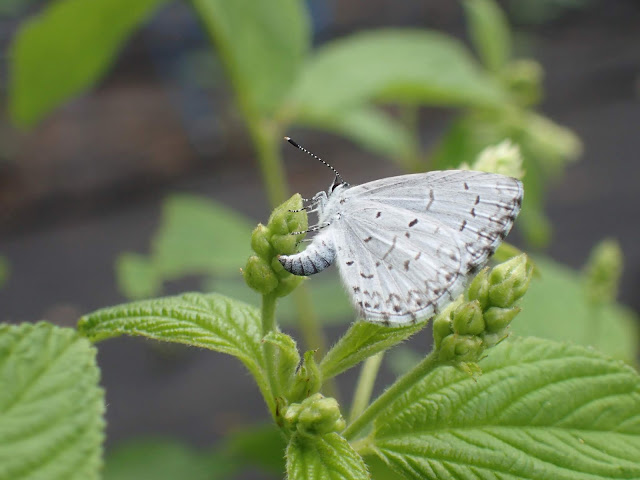 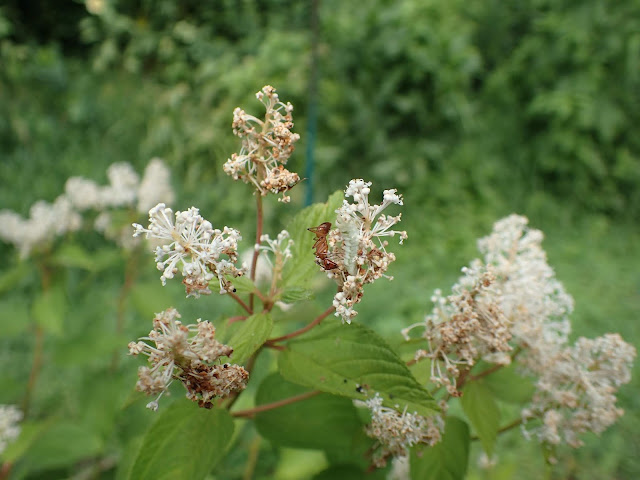 The resulting caterpillars mostly hatched and chewed on the flowers. They take on a white coloration and blend in with the petals near perfectly. This would be the perfect camouflage were it not for the huge orange ant tending it. 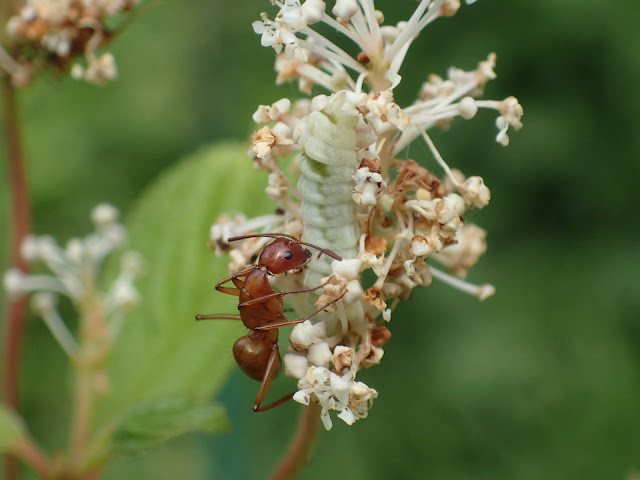 This is a Camponotus castaneus worker. It's a ground nesting species we have in the eastern United States and Canada. Normally they only come out and forage at night but I'm guessing these caterpillars are producing a noise similar to a queen ant or larva when they require tending to.

I'm not certain on the noise aspect for this species though but some members of this family do. They require a special microphone to hear also and are really just a series of muffled clicks and chirping sounds.


In years past I've seen Lasius americanus, Camponotus subbarbatus, and Tapinoma sessile tending the caterpillars. But on the same plants I find Temnothroax curvipinosus workers nectar scraping, stealing nectar from flowers, and generally foraging on the plant. Oddly enough I've never found them tending an Azure caterpillar. This might just be because the other species mentioned would easily conquer them for supremacy over the right to occasionally drum their antenna on the caterpillar. Clearly this is an experiment I should preform but I don't think I'm equipped I test out any of the findings beyond saying "Yeah they will tend them in the absence of other ants," or "no they don't bother with them." 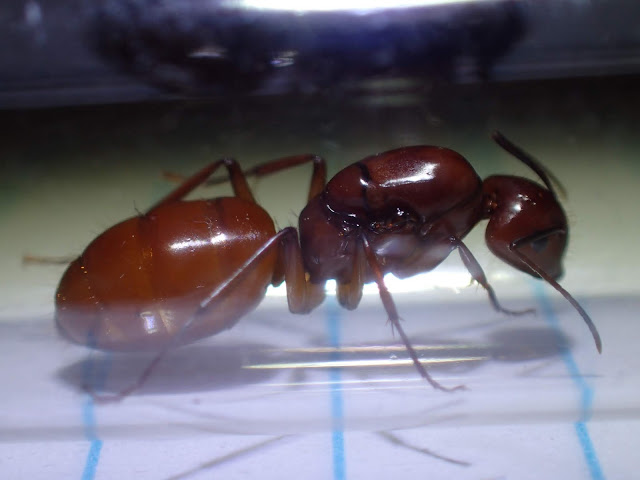 Also on the topic of Caponotus castaneus, they've been fly the past week and I managed to find a queen under a rock in the yard.