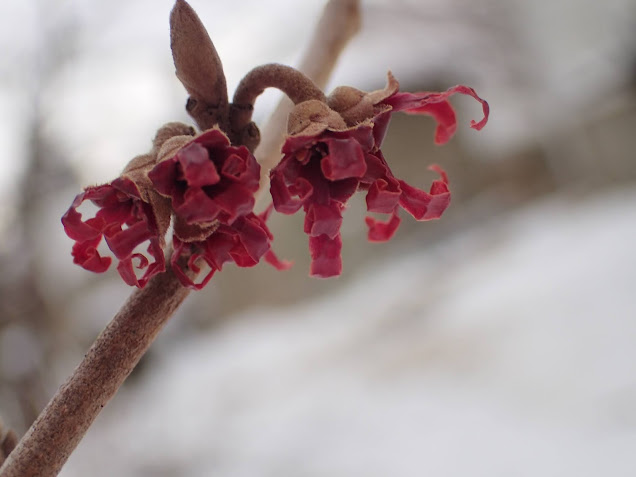 Witch Hazel 'Amethyst' uncurling it's flower petals. This is actually a photo from two or three weeks ago. It's one of those plants that blooms in the winter and takes it's time to finish doing blooming. If it was a warm winter these flowers would likely have finished up by now, but because they're hardy and built for cold temperatures individual flowers hang around for several weeks. 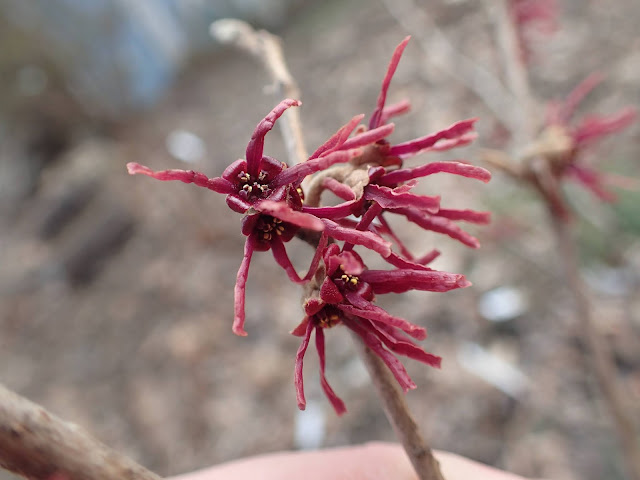 Here they are today and their internal timers are still ticking. Their blooms are waiting for warm days when flies and winter moths to become active. A slightly sweet fragrance is released into the air to entice them into pollinating the flowers. This particular cultivar isn't all that fragrant sadly so it's unlikely I'll see much of anything on it. Last year there was an early Beefly though. 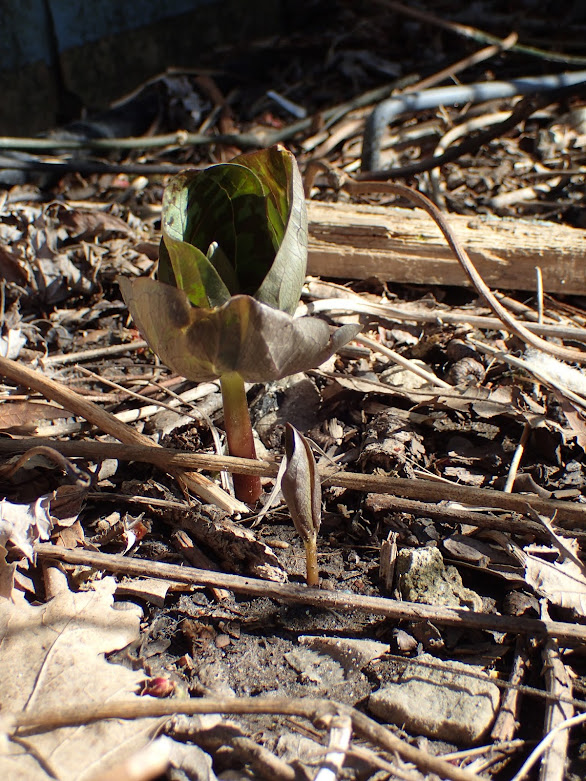 Trilliums are starting to spring up too. This one in particular is much farther along all the others in my garden. In the past I've called this one a Trillium hybrid because nothing ever seemed to match up, and Trilliums do indeed hybridize a good deal when different species are planted near one another. I've recently learned about Trillium cuneatum though which is pretty variable and I read has a very strong or intense fragrance that I've associated with this individual. You can seriously smell it 15' away!

So I've ordered a bunch of T. cuneatum to see if they measure up. Actually they're a named Trillium cultivar called Trillium cuneatum 'Sessile of Hort' which should all have a white strip going down the middle of each leaf. Hopefully the fragrance part is still somewhat true to the species though so I can compare. 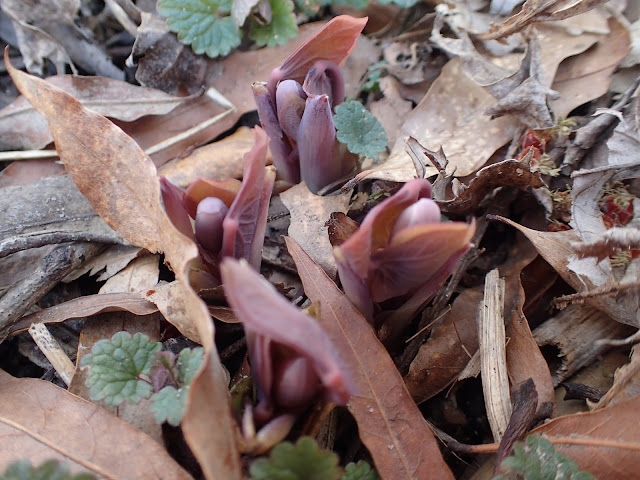 Also emerging now are Twinleaf, Jeffersonia diphylla, which all have their first sets of twin leaves and flower buds emerging.