This is such a non-issue, I'm sorry to even be writing about it. I'm only doing so because I feel like no one reporting on it is a gardener.

I've been seeing articles saying things like "Melania Trump RIPS OUT historic trees," and now the White House Rose Garden looks like a graveyard symbolizing how her husband had killed America.

I don't mean for this to be a political post so I'm focusing on what was done to the garden aspect here. 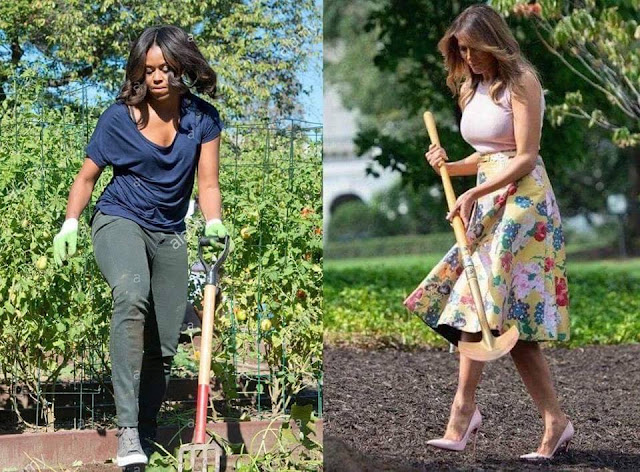 First off I will say, given her choice of shoes, Melania probably doesn't garden regularly. (Added: There are images of her wearing sneakers while gardening but she does not look natural in them. So I'm still thinking she doesn't do a whole lot of gardening.) I question how much of the changes can really be attributed to her and not the White House Landscapers and members of the Historical Society who would be taking care of anything worth protecting.

The main cause of the controversy is how 10 Crab Apple trees were moved. These trees were originally planted by Jackie Kennedy so there is some historic value to be had. But lots of news outlets are saying they were "Ripped Out" or "Cut Down," and sometimes both; ripped out first and cut down later just to spite them. They have, in fact, been taken to an off site location and will be replanted elsewhere on the White House grounds. 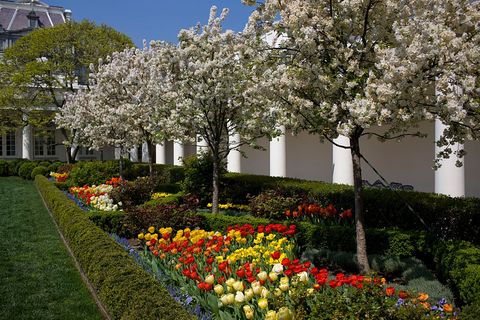 Lots of people are reporting with pictures of the trees in Spring, when they're flowering and looking pretty. There are also lots of colorful varieties of tulips adding to their glamour. So it's not fair to compare that to how the garden looks in Summer. 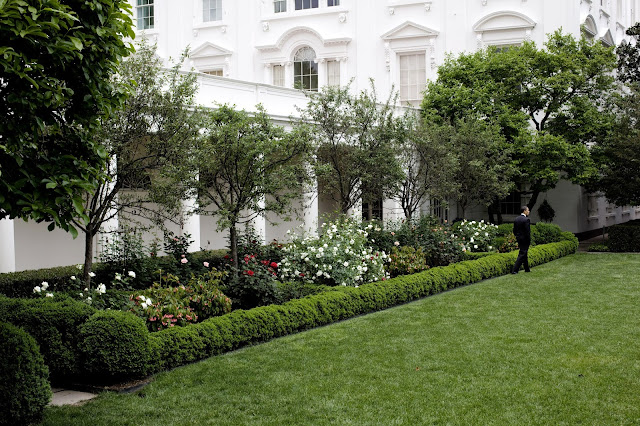 Crab Apples, when not in flower don't always look pretty, especially when they're 50 years old and have been pruned to hell over the years. Part of the reason they were removed was to allow additional space for cameras to be for member of the press to do their job. Holding press meetings outside, where there's better air flow, and sunshine, reduces the risk of Covid transferring from person to person. 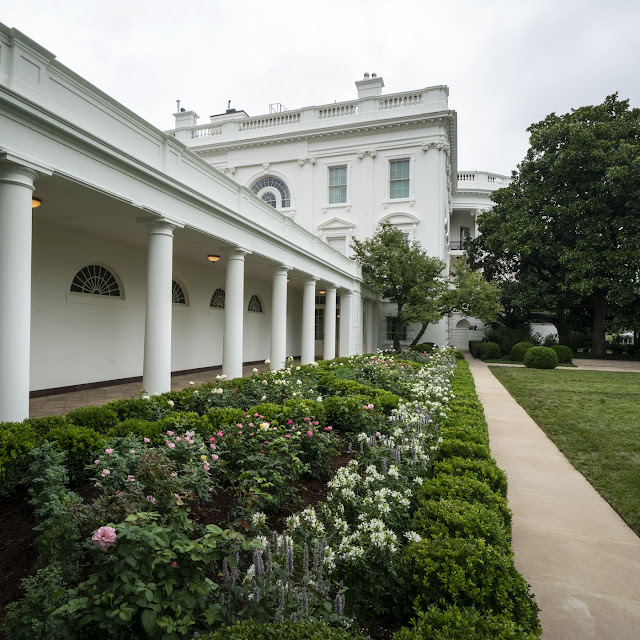 Along with the red/pink, white, and blue, flowers the only addition was a much needed side walk to make the gardens more handicap accessible and enjoyable from both sides. The Trump administration is far from being environmentally friendly but the reduction in the lawn is at least beneficial, as is the addition of Anise Hyssop, a native plant acting as the blue in the gardens here. (Though it could be one of the Asian hybrid cultivars.) In a C-SPAN video of the gardens some of the White Roses actually look like they're more of a light cream or faint yellow color.

People are now saying the garden looks like a cemetery... Personally I blame that mausoleum-like white house in the background. That's just my opinion.

Posted by MrILoveTheAnts at 9:08 PM
Email ThisBlogThis!Share to TwitterShare to FacebookShare to Pinterest
Labels: Garden, Rose