So I've almost given up on trying to grow the "native" Pasque Flower... which isn't actually native to New Jersey. As much as I would love to grow that one I've never had any luck getting seeds to germinate or plants to grow. My yard just isn't alpine enough to sustain them, perhaps a planter with lots of rocks mixed in with the soil would work? Anyway given that my state has no native Pasque flowers I didn't see the harm in trying out the European one. 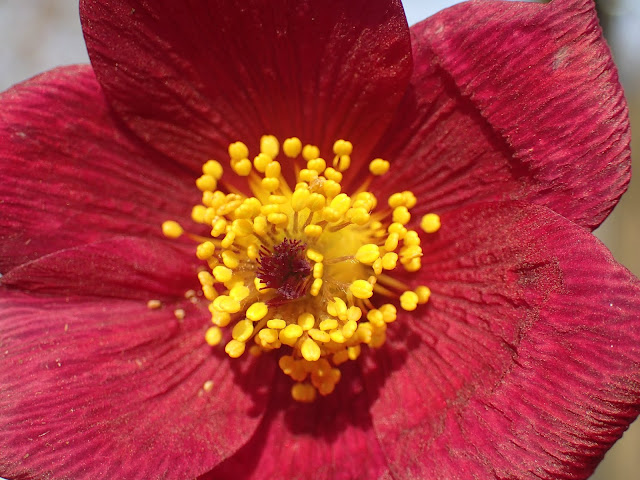 This is Pulsatilla vulgaris 'Red Bells'. There are quite a few cultivars available of the European species. Ones with purple flowers seem to be the most common color form, but they also come in Maroon, Red, Pink, White, Violet and so on. 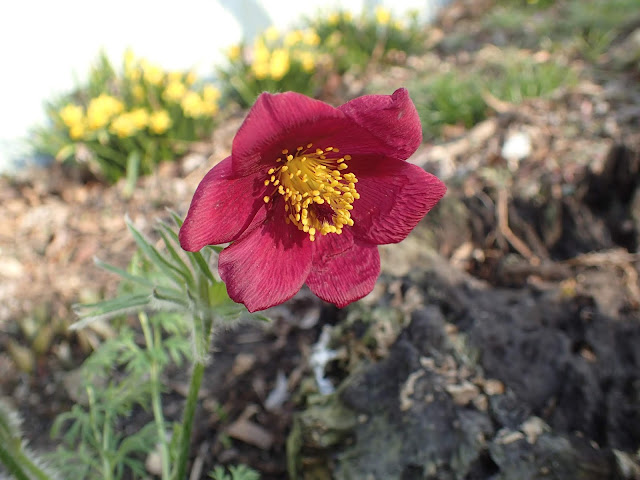 My shipment arrived today with several of the plants already flowering nicely. They were so pretty I thought why not set one down and stage a few photos. 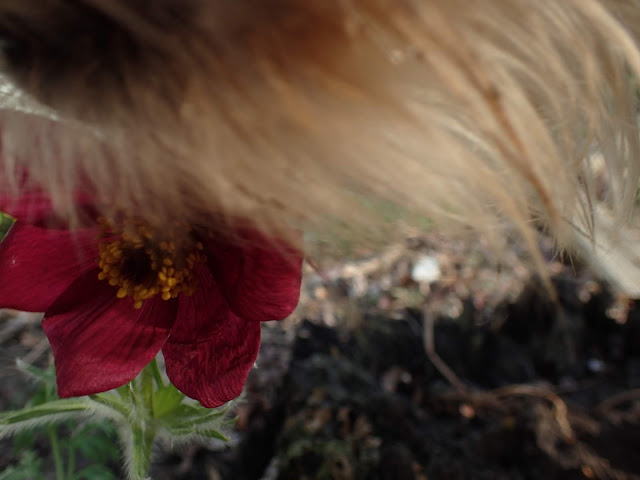 My dog had other plans though. She's a puppy and learns with her mouth still. A moment after this shot was taken the stem was between her teeth. 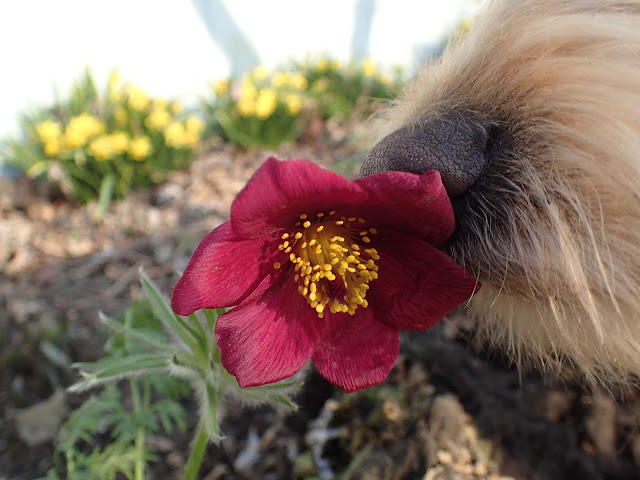 No harm done though. Thankfully I was using a point and shoot and able to grab her with one hand and pull her back while taking a few pictures with the other. Not great shots but cute all the same.


I didn't plant any Pasque flower yet, because I'm not certain they can survive the cold yet. Their blooming now might be because they were raised in a greenhouse and I don't want to shock them. The internet is also somewhat lacking photos of them blooming with companion plants to judge when they actually flower. Some plants bloom as early like Crocuses, Bloodroot, and Spring Beauty, while others hold off and flower more in line with most Tulips, Daffodils, Hyacinths and typical "Easter Bulbs." It's odd no one has images of Pasque flowers blooming with either group... or anything else really.
Posted by MrILoveTheAnts at 11:41 PM
Email ThisBlogThis!Share to TwitterShare to FacebookShare to Pinterest
Labels: Pasque Flower
Newer Post Older Post Home